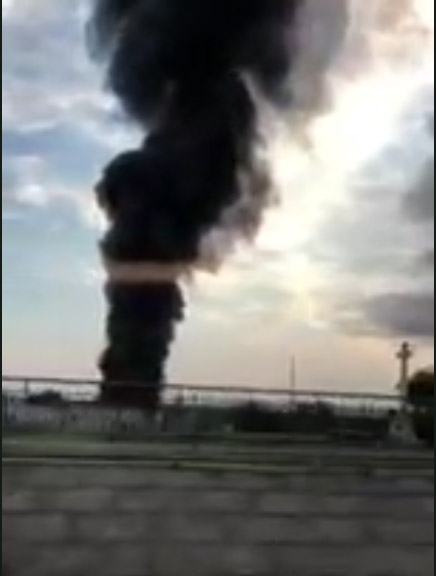 Yesterday’s tyre blaze in Salford produced a spectacular plume of smoke, disrupted train services and prompted a warning for nearby residents to shut their doors and windows.

Nasty though it was, firefighters quickly brought the blaze under control. But in this summer of fires raging around the world, it made us think about why burning tyres in particular is such bad news for our health and the environment.

What happens when you burn a tyre?

We’ve blogged before about the incredible technology in modern tyres. To do their job, tyres are constructed from over 200 different raw materials. Chief among these is rubber: a typical passenger tyre contains around 30 types of synthetic rubber and 8 types of natural rubber.

Many of these chemicals are combustible. Tyres release a considerable amount of heat when burned, and in parts of the developing world they are used as a fuel source. For example, many pottery kilns in the Middle East and West Asia make use of waste tyres, especially if traditional fuel prices are high.

It’s no surprise that burning that many chemicals produces toxic compounds. A burning tyre produces a laundry list of harmful substances that include: