In our previous blog post, we covered what Tyre Pressure Monitor Systems (TPMS) are, why they’re a good idea and when they became compulsory. This time we’ll look at why they go wrong and what you can do about it.

Note: we’ll confine all of our discussion to direct systems, rather than indirect ones. Here’s the difference. 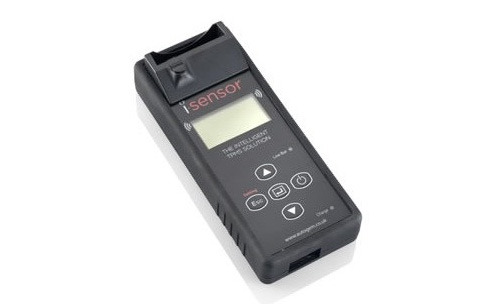 When TPMS goes wrong, it’s usually down to a failure in the sensors. Let’s take a look at the most common reasons:

TPMS failures result in the car’s ECU sending you a warning  – a dashboard light or graphic will tell you something’s amiss. For the vast majority of motorists, the next step will be enlisting specialist help to get the sensor replaced.

What complicates the replacement process is that each sensor has its own unique electronic ID code, which is used to communicate with the sensor. That means that if the car’s manufacturer supplies a replacement sensor, the new sensor will come with a new ID. This then has to be programmed into the car.

As there’s no standardisation of TPMS between manufacturers, there are various ways of carrying this out, but it comes down to either updating the ECU using the vehicle’s OBD (off-board diagnostics) interface or employing an auto-learn process. The latter may involve having to drive around for a period of time without dipping below a designated speed.

Replacing TPMS with the vehicle manufacturer’s equipment can be a pretty cumbersome and expensive process. However, there is now an alternative.

Attack of the Clones

Sensor cloning is a brilliantly simple idea. Instead of getting a replacement sensor with a new ID, why not just copy the old ID into the new sensor?

Using this approach, the original sensor ID can be cheaply and quickly cloned into a new aftermarket sensor. There’s no faddling around teaching the vehicle’s ECU to accept the new sensor. As far as the ECU is concerned, the old one is in place and it’s business as usual.

As the aftermarket sensors work just as well as the manufacturers’, it’s hard to see any advantages to using the latter!

At BK Tyres, we use cloning as part of our TPMS replacement service.  We’re finding that it offers our customers a straightforward solution to a common problem.

It’s important to remember that as good as it is, TPMS isn’t a replacement for checking your tyres regularly. For example, TPMS cannot check for signs that your tyres are damaged and vulnerable to catastrophic failure, or for regular tyre wear.

Tyre Safe recommends checking your tyres at least once a month and before any long journey. We agree!

BK Tyres supplies tyres and offers a full range of tyre fitting services, including TPMS servicing/replacement. We’re fully mobile, so if you’re in Oxfordshire, Berkshire or Buckinghamshire, we can work on your vehicle while you get on with your day (at home or at work). Contact us today.